When you’re introduced to a new company, you usually tend to ask two questions: what’s it about, and whose hand am I shaking right now?

More often than not, you’re not just sold on the product—you’re sold on the man behind the idea. So, who is the founder of HeyPros?

Grab your morning coffee (or late night, we won’t judge) and come sit down for a quick chat with the man behind HeyPros.

Q: Who are you and what do you do?

A: My name is Andrii Malovanyi and I am the CEO and founder of HeyPros. It’s nice to meet you.

Three years ago I immigrated from Ukraine and, like many others before me, I wanted to have a better life here in the United States.

Most of us immigrants jump into construction or trucking when we first arrive, given the language barrier.

Q: Which one did you do?

Construction. My brother got me the work and I was excited to start flooring. I even looked into trucking and noticed that they have the option of choosing their jobs, on their own schedules, and catered to their own preferences. But, I didn’t go that route.

Q: So why flooring then?

Moving to America, I needed to make money and as soon as I moved. It was the best option I had, to be honest.

Prior to that, I never once worked in the flooring industry.

Q: Was it difficult?

It’s rough work, as most people know. We worked on subdivisions. Once we did 120 homes in a row.

Q: Ok then, why start HeyPros?

Well, I wanted to do more. I’ve always had a creative mindset. I loved how tech startups worked, how new businesses grew, etc.

I wanted to help flooring installers get more jobs. I just didn’t know how at the time.

So I opened my eyes and looked around. I realized that there needs to be a new way of doing something. We all know the phrase: the definition of insanity is doing the same thing over and over again, and expecting different results.

I had to start thinking differently.

Q: Differently, in what way?

Well, most immigrants fall into this idea that you’re ‘self-employed’ and ‘your own boss’ when you start working as a sub-contractor. And while that has some truth, I quickly noticed that you’re far more dependent than you’d think.

Looking for work is a lot harder than it seems. In the end, you end up working for somebody, instead of having the option of choosing your jobs (like I mentioned earlier about trucking).

So this got me thinking—why can’t we digitize this type of work? Why don’t we have a platform that allows us to have options? Why are we stuck under the same old business model?

So: I wanted to start a business that revolutionized the flooring industry. And HeyPros was born.

Q: So what exactly is HeyPros?

It’s a flooring platform for both installers and stores. Installers have the option of picking and choosing their jobs, and placing bids on them. Then, stores take a look and decide on which bid they like the best.

So, installers get the jobs they want. And stores are able to deliver to their customers. Win-win for both, and the customer is satisfied. It’s just a lot of work on our end.

Q: Why does this matter to you?

The world is digitalized. But when it comes to flooring, it isn’t. It’s so old school… It's stayed the same in the last 50 years. Like I said earlier, even the trucking industry has developed accordingly.

Why is the construction industry so far behind? Can’t I do something about this?

Q: How far have you gotten with HeyPros?

Last year, I called up a full stack developer in Ukraine and asked him to make a demo of how a simple platform version would work. I hired him, he started to work a bit, but then he just disappeared. I was gutted.

Then, I had a few others work on a simple demo and brought it up to an investor. The investor was interested and provided a certain amount of funds. Ultimately, he wanted to see a functioning MVP (minimum viable product).

So I worked with some more developers. Like with all startups, I paid out of pocket while I worked 12 hour shifts. The developers decided to stop too, because there wasn’t enough funding.

Then, finally, I met a new friend, Misha - he had an entire team in Ukraine that developed software. These were the real deal. They put everything

together in 5 months, it cost a lot, and by March 2021 I had a fully functional MVP.

Then, May of this year, Trend Capital found me, and they were very interested in the project. Even became investors.

Q: How about the biggest challenge internal to HeyPros?

Determining the strategy, like with all startups. Our biggest strategical challenge is changing the thinking of the current construction industry, given that they’re all still in that old mindset.

Q: Any other challenges?

Choosing the right team. It’s hard to find people who are as passionate about this as I am. Most people ask how much they’ll earn when they join, instead of how they can help. But all of this is the same for most new startups, so I won’t bore you.

Q: So how would you inspire floorers to join in your mission?

Well, do you want to make history? Do you want to keep up in this digital age and not get left behind? Join us. You’ll also get loads of profit and perks and benefits.

Q: What about stores? Why should they join in on making history?

You know how most people go on Amazon to buy their products? How do you think Amazon, the biggest store in history, got its products delivered?

We can be that service for you. But we won’t just deliver the products— we’ll install them too. At a faster and more affordable rate than you would otherwise.

Ultimately, we want HeyPros to become global. If you have installers wherever you look, you’ll be able to globalize yourself. So if you ever wanted to open up a store elsewhere, you’d have the option to because you’ve got us to do the work you need.

Q: Andrey, do you have low points?

I don’t necessarily have a fire. I just remember how far I’ve come. Three years ago I came to America with one suitcase. I had to start over three times. And now I have real investors, and I do this 24/7.

Somedays are hard. And maybe today isn’t your day. I guess I just keep going. Just keep going and it’ll work. It’ll pay off like it has been for me.

Q: Last question for you: what do you do for fun, you know, besides this?

Traveling. Going to cities, checking out the history and culture. I love going downtown and having these new experiences. Not like hiking, more exploring?

Rotterdam, Holland. Technologically advanced. Cleanest city in the world. It’s like a new city that includes the old city. They’ve integrated the old with the new. And it works really well. I’ve never seen anything like it.

Q: So, a bit like what you’re doing with HeyPros.

Integrate the old and new. Hm, I guess so.

Oh and by the way, you didn’t ask but—I did not like Paris, at all. Not as new you know? 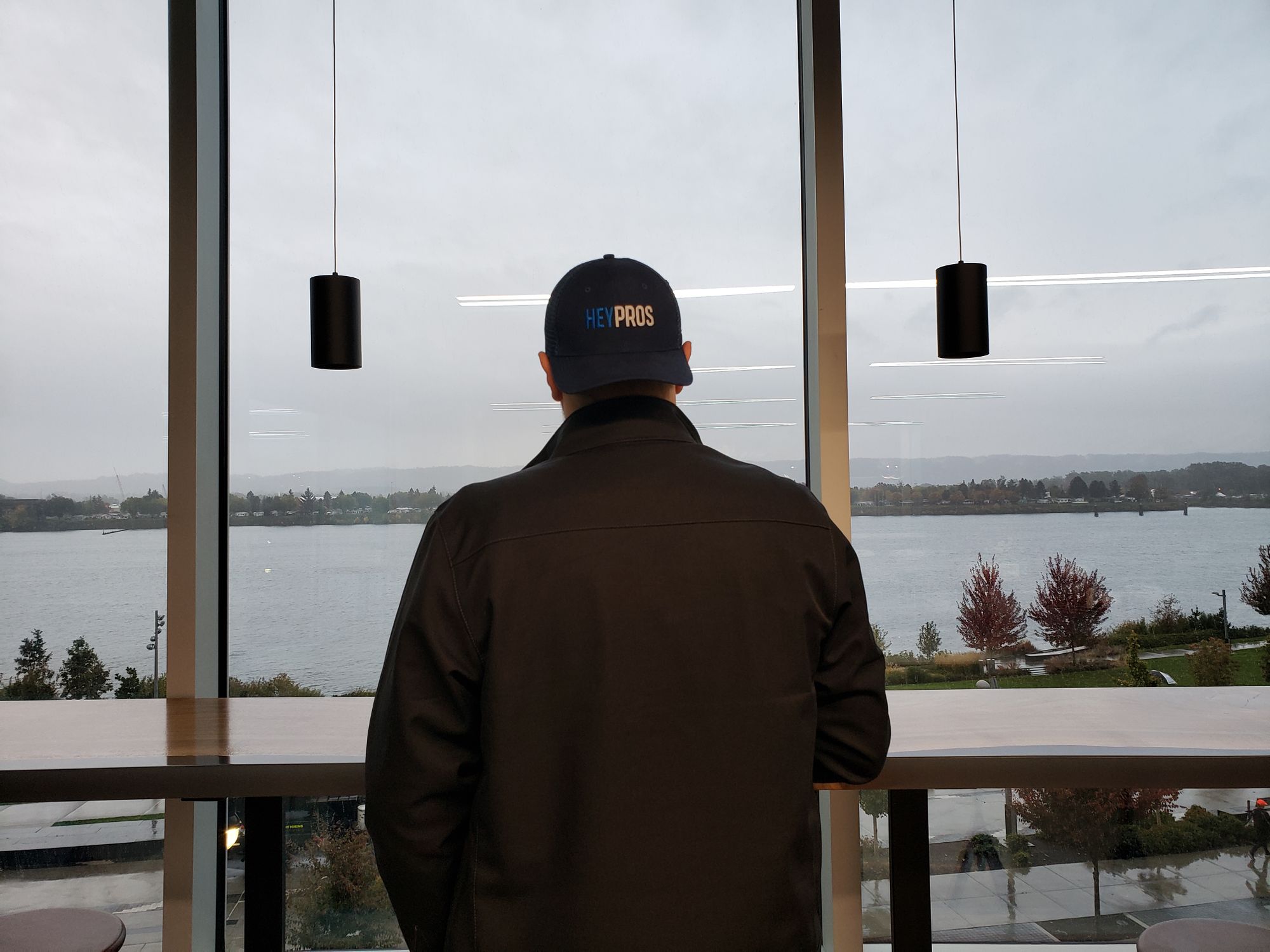 We’re a start-up. But are you going to be satisfied with that answer? We’d hope not. Maybe  you’ll ask more specifically: what do you do? The simplest 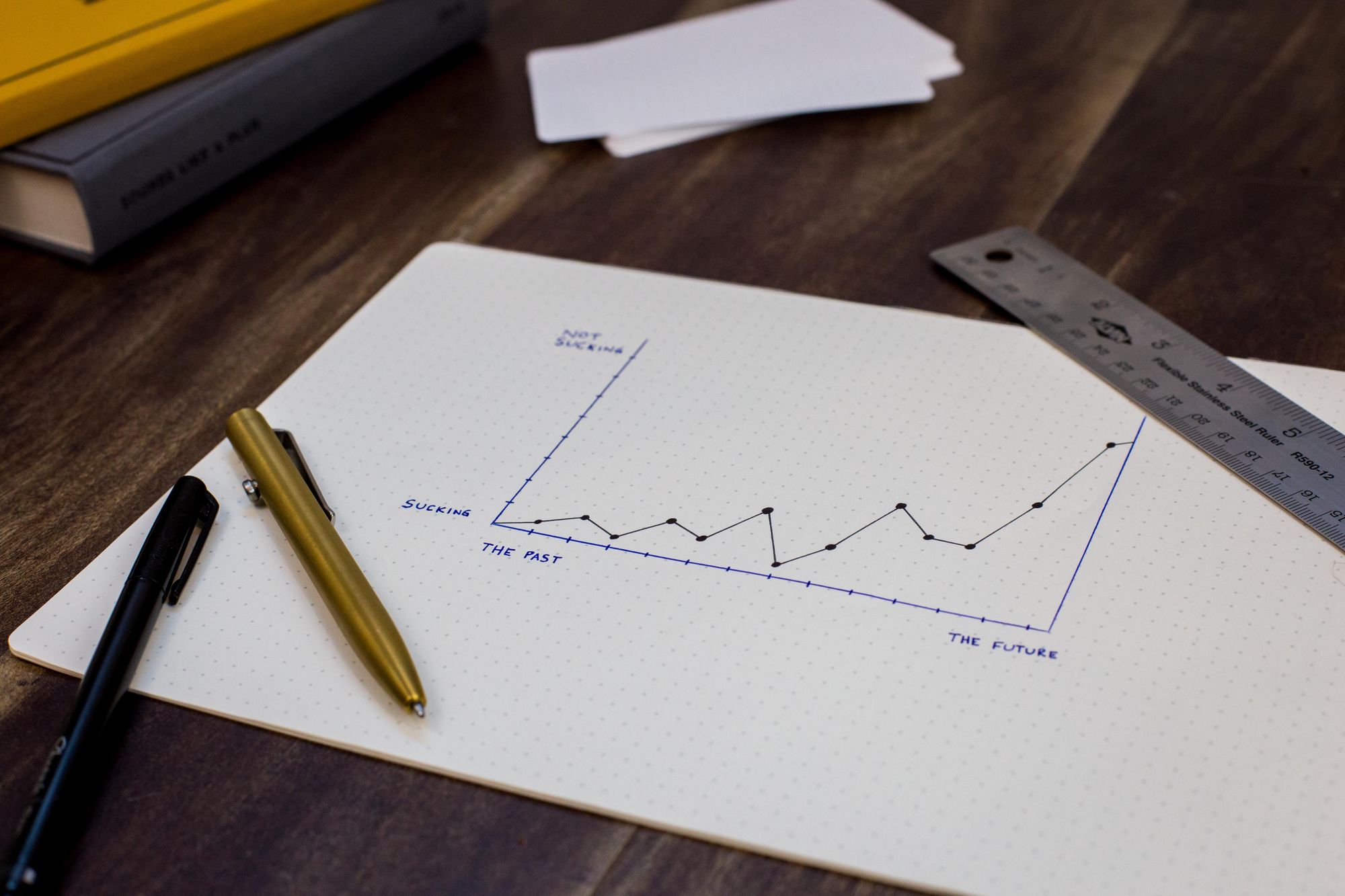 The global flooring market size was valued at USD 388.24 billion in 2020 and is expected to grow at a compound annual growth rate (CAGR) of 6.1% from